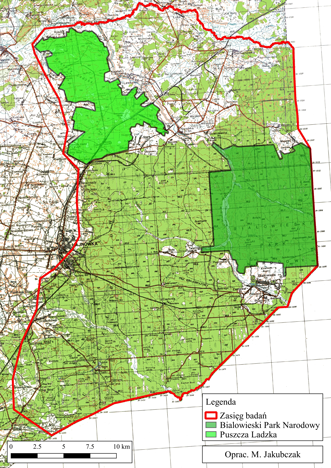 Until 16C, the Bialowieza Primeval Forest was a large forestfrom consist by (Jalowska Forest, Bludowska Forest, Czernilowska Forest and Lyskowska Forest) Was spread between Suwałki Lake in the north & the Polesie reg. on the eastern side.

Nowadays the primeval forest lies in the border region between Poland & Belarus, covering circa 1500 sq.m. Aprox. 42% in Poland which is recognised as the last surviving fragment of the Primary Lowland Forests of Central Europe. Within this area are two ‘National Parks’ & several ‘protected’ nature reserves.